Meet the place of merchants and sailors and be lead through two and a half thousand years of turbulent history of this amazing fortified city. The Old Town of Kotor as we know was built between 12th and 14th century, but it was inhabited much earlier. Our professional guides will help you discover numerous monuments of historical heritage and outstanding medieval architecture as well, which have made Kotor a UNESCO listed „World Natural and Historical Heritage Site“.

Hidden beneath the Mountain of Lovćen, in the heart of the breathtaking Boka Bay, this jewel of Adriatic is unmatched in its beauty that is represented through assimilation of different culture influences whose signatures are more than visible even now. Every single piece of this town is hiding story on its own written by Ottomans, Venetians and Christians. Join us on this tour and help us to reveal all secrets that are lying around!

Here you can take a quick look of Kotor Old Town on 360° view.

Our walking tour Kotor starts with the guide in the front of the main gate (1).
When we enter the Old Town, we’ll first step onto Arms Square, the main town square (2), recognized by a Town Clock Tower (3) which dates back from 1602. Adjacent to the tower facade there is a pyramidal pillar, a pillory, a testimony of the long-respected moral and legal codes of the town.

On our way to Flower Square (4), we pass beautiful baroque architecture, reflected in monumental palaces of families Bizanti and Beskuća (5), followed by the great story and legends about these noble residents..

Near the most beautiful palace in Kotor – Pima - we find the true gem of the town –the imposing Cathedral of St Tryphon (6), built in honor of St Tryphon, patron and protector of the city, on the location of an older church, dedicated to the same saint which existed since 809.

When we enter the Cathedral, along with its beautiful ciborium, you can also see the fascinating treasure museum on the first floor.

We proceed to the Maritime Museum (7), with rich collections of exhibits that illustrate the sailing and general cultural history of the area. Appointed with original furniture of noble families, models of ships used for trade and warfare, large collection of guns and swords, all of which illustrate the grandeur and influence of Kotor during past centuries.

Our route leads us to the Church of Saint Luke’s (8) which originally was a Catholic school, but was later given to Orthodox believers. It represents a testimony of the harmonious co-existence of Catholic and Orthodox people. Indicative of this tolerance, a distinctive feature of the church are the two altars applicably positioned to the tenets of the two faiths.

We then pass Karampana Square (9) on the way to Saint Luke’s Church.

Adjacent to Saint Luke’s is Saint Nicholas Church(10) - built in 1909 - which contains a rich collection of icons - highlighted by a resplendent iconostasis made by Cigler, a Czech artist.

Church of Saint Mary (11), built in 1221, on the site of a 6th-century basilica, is yet another highlight. This Catholic Church is adorned with 20th-century bronze doors covered in impressive bas-reliefs, contains a particularly gruesome larger-than-life crucifix, and a glass coffin containing the body of Blessed Osanna of Cattaro (1493–1565). She was what is known as an anchoress, choosing to be walled into a small cell attached to the church so as to devote her life to prayer.

Nearing the end of our tour we arrive at The North Gate of Kotor (12), which was built in remembrance of the 1539 battle against the Ottoman Empire. From this vantage you can see the shortest river in Montenegro, Škurda. 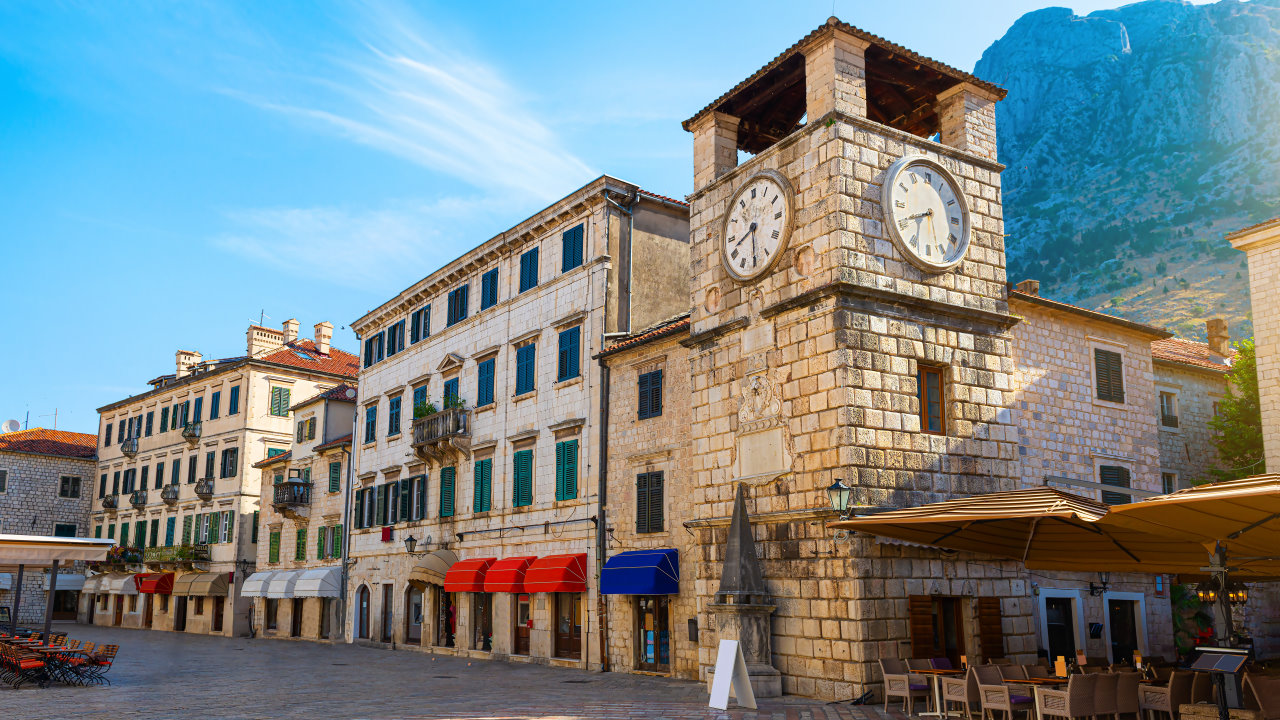 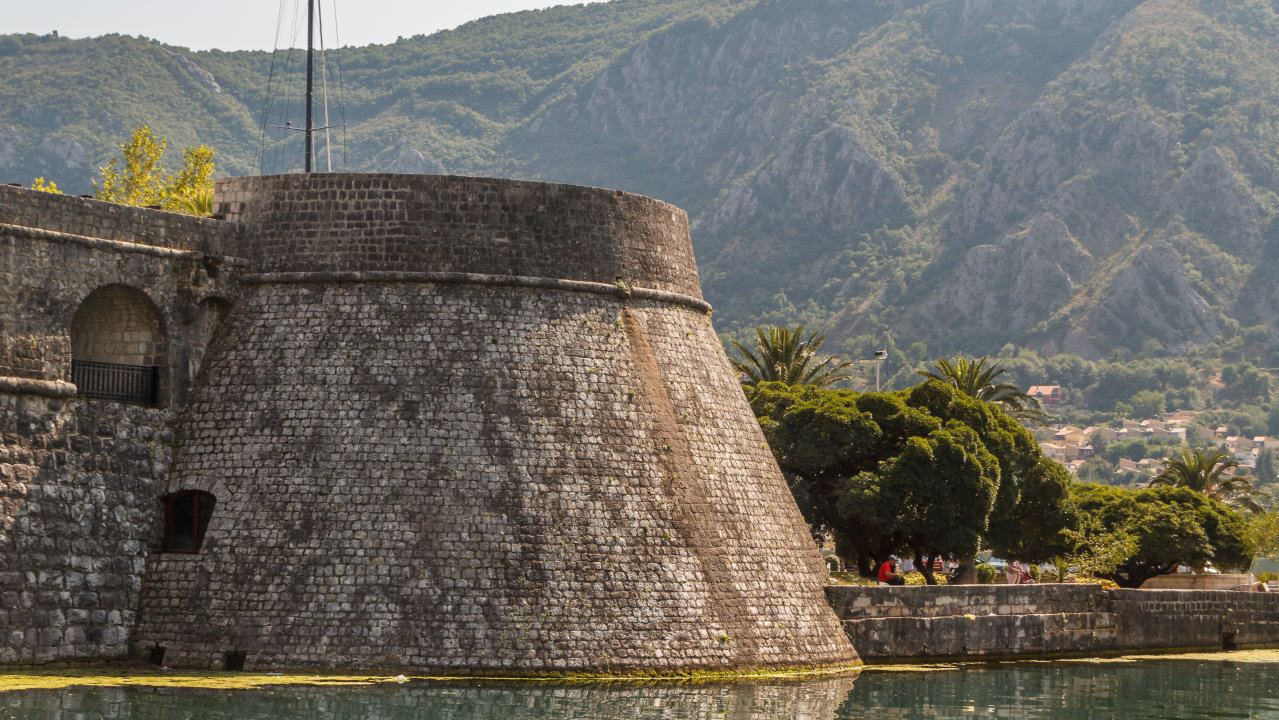 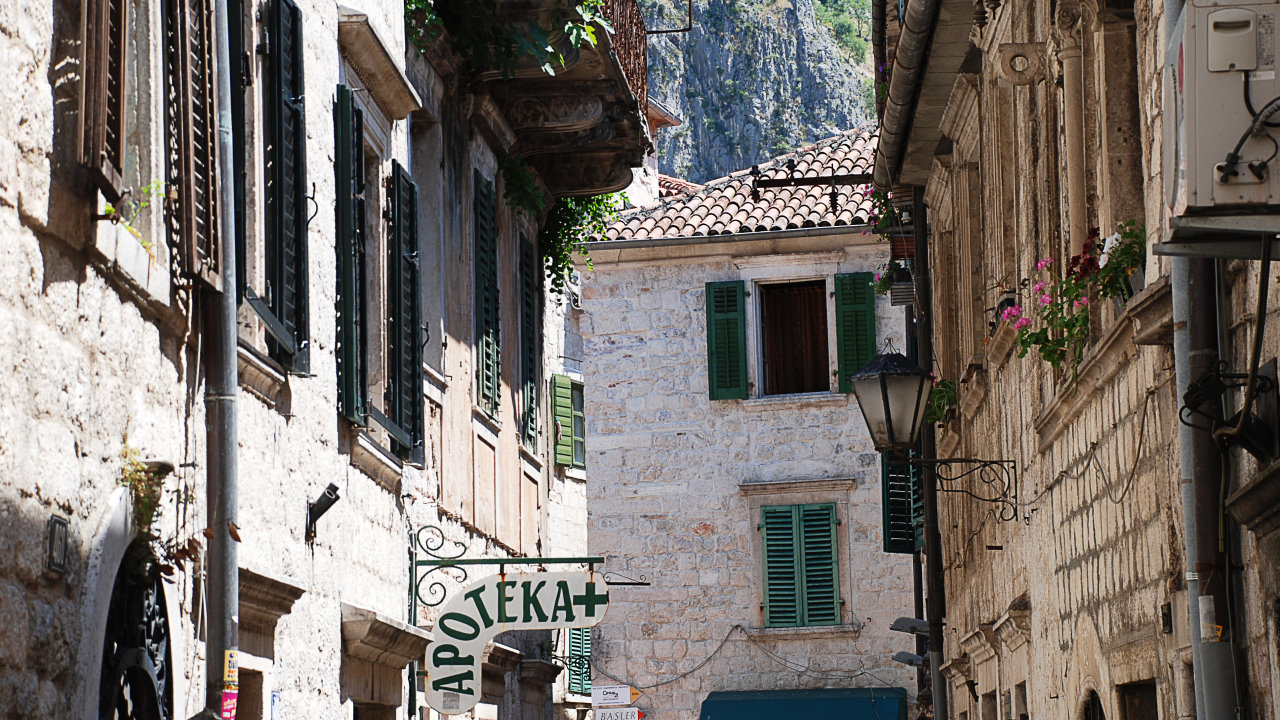 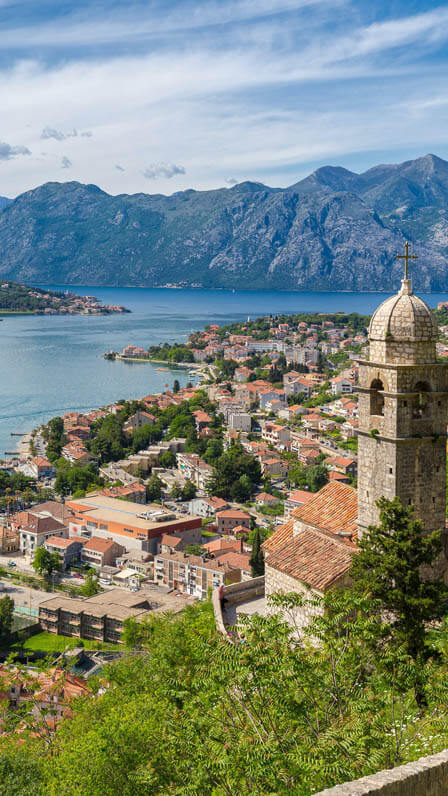 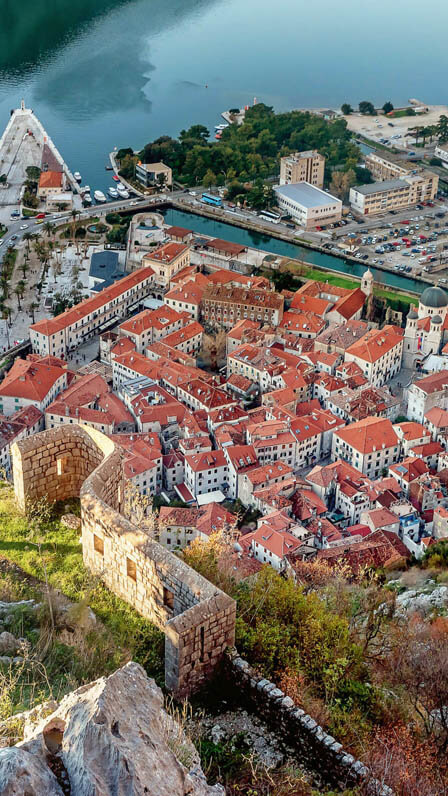 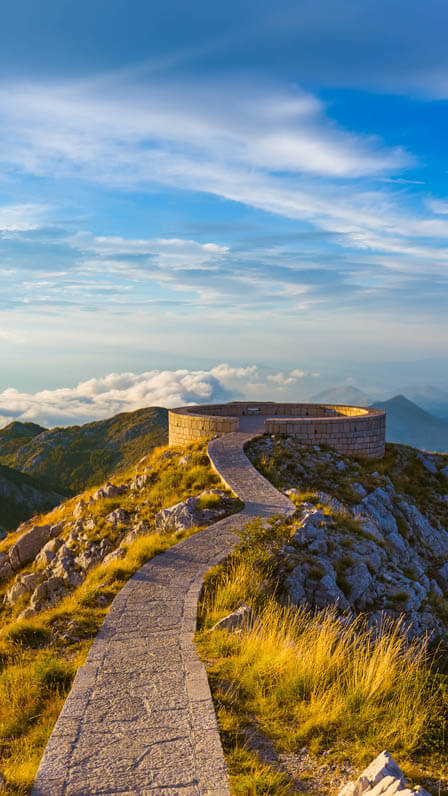 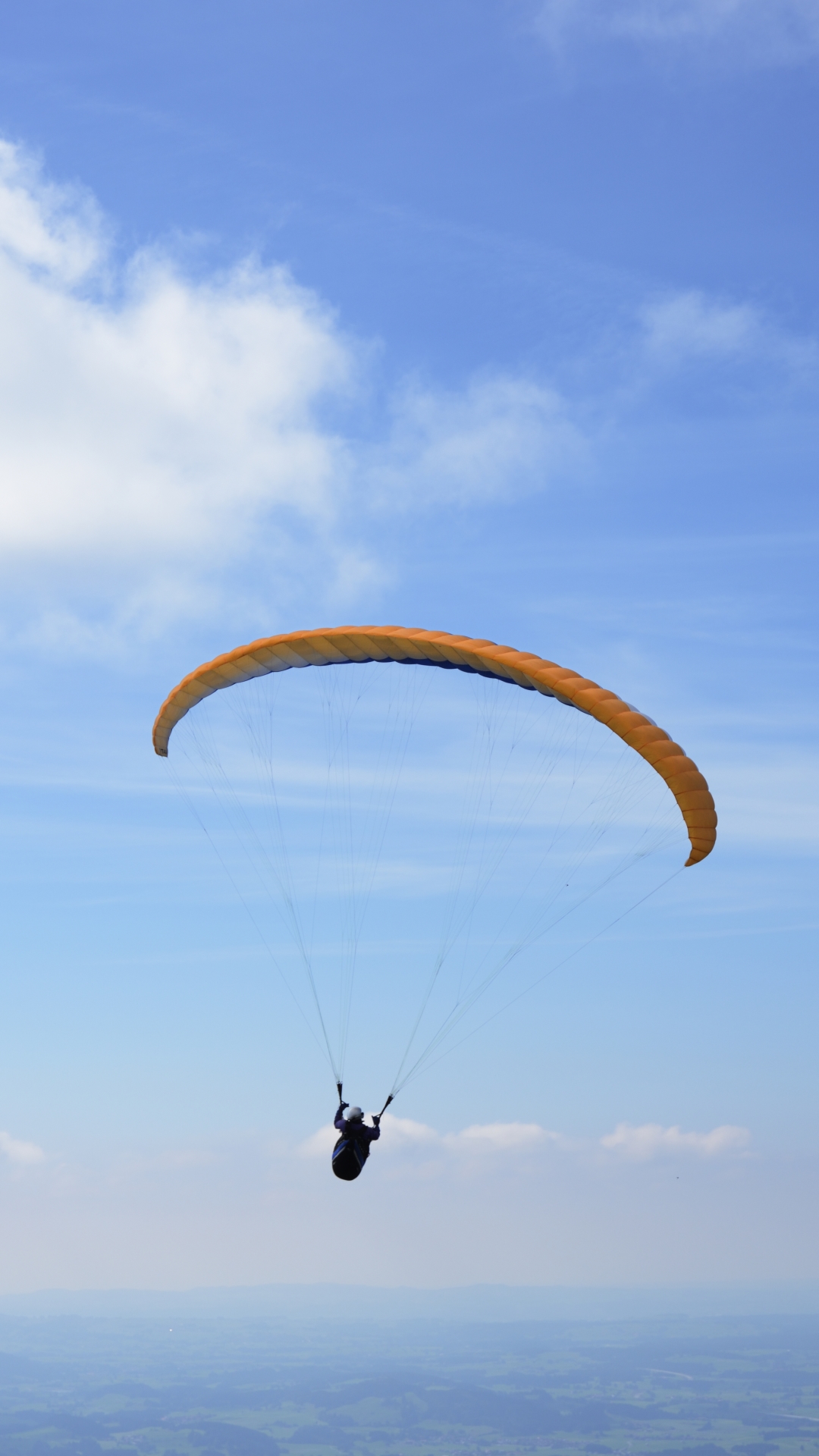