The Best of West Balkans & Adria in 7 days

The Best of West Balkans & Adria in 7 days

This tour is designed for people who are wishing to explore the very best parts of stunning Montenegro and also visit Dubrovnik and Sarajevo in a very special 7 day all inclusive experience. If you are wondering if this is the right trip for you, here are some of the great things you can expect from this wonderful tour package:

To begin we will organize your transfer from Dubrovnik, Podgorica or Tivat airport to Kotor and you will check-in to your hotel. Depending on your arrival time, you can enjoy a leisurely breakfast/lunch break. You will then discover Kotor’s stunning Old Town on an organized walking tour after which you can enjoy some free time exploring Kotor some more at your own pace until dinner. 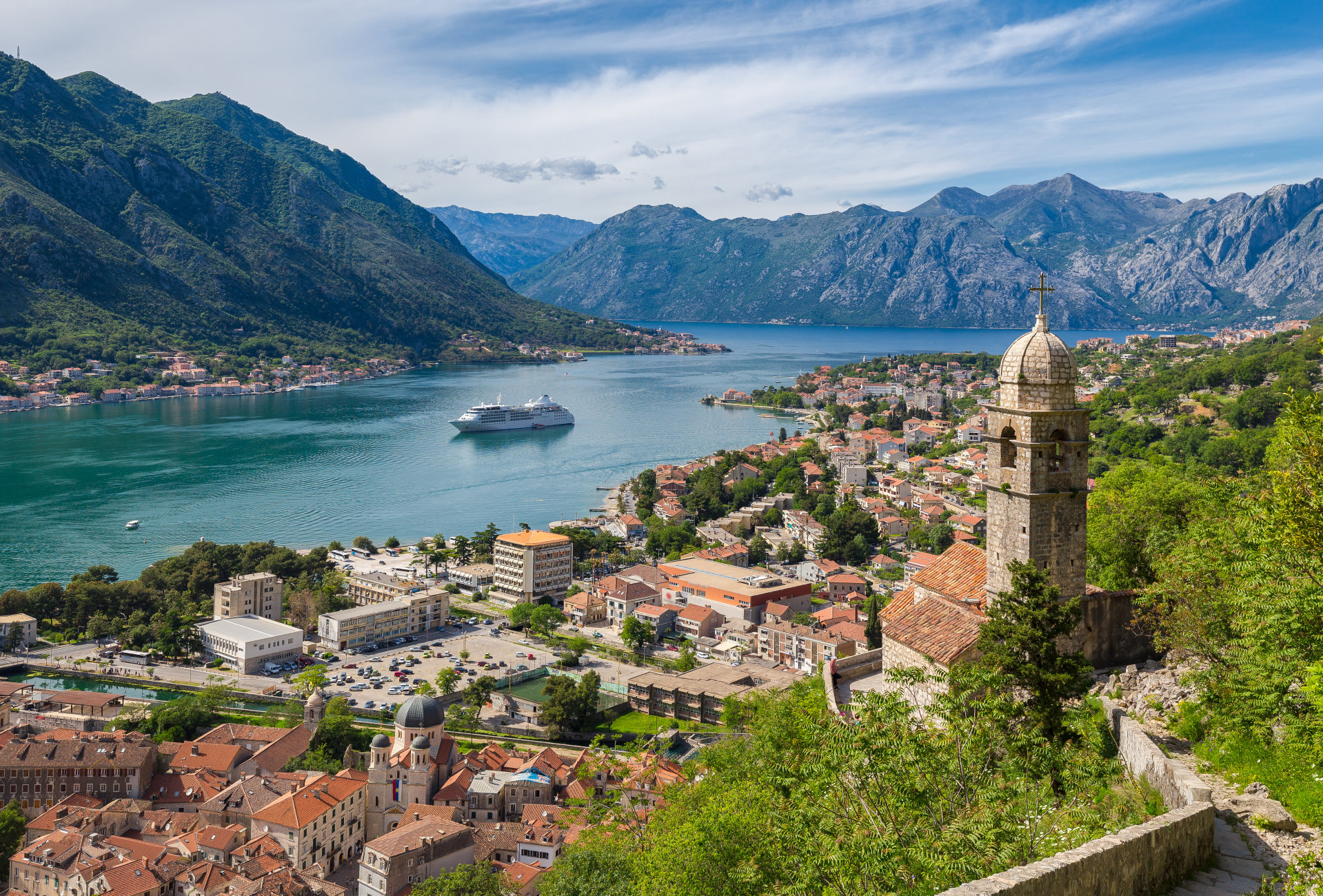 The BEST way to discover the beauty of Montenegro, it’s history and culture, is by visiting its national parks! We’ll take you to the lofty heights of Lovćen Mountain for breathtaking panoramic views of the Bay of Kotor and hear some interesting facts about the area. Next stop is conquering the exquisite Lake peak (1,700 meters above sea level) and visit the highest Mausoleum and look over the vast mountainous landscape of Montenegro. We will drive on to the Old Royal Capital of Cetinje followed by a relaxing lunch break and a scenic boat ride on the River of Crnojević. Finally, we will stop for a photo of the most famous city on the coast – Budva. A full day of exceptionally memorable highlights that you are sure not to forget. 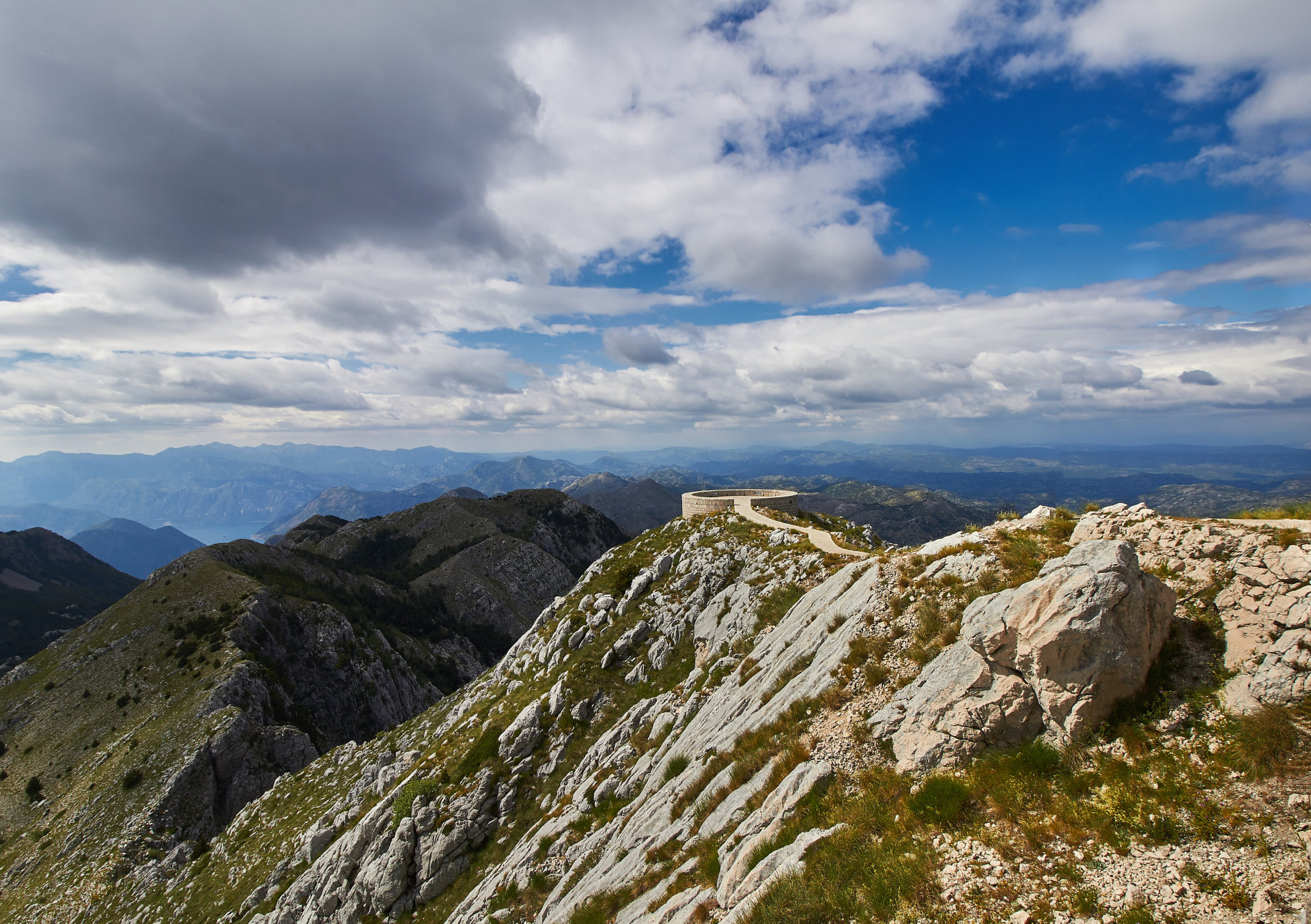 DAY 3: Dubrovnik and arrival in Mostar

Day three will take you on a journey beyond Montenegro’s borders and give you a taste of it’s closest neighbors. You will get to discover the picturesque city of Dubrovnik, one of the most beautiful parts of Croatia, and marvel at not only it’s impressive architecture and history but also see where one of the most popular TV shows in the world was filmed – Game of Thrones – before heading for a wonderful night in Bosnia’s Capital, Sarajevo. Our “Kings’ Landing” itinerary is as follows: 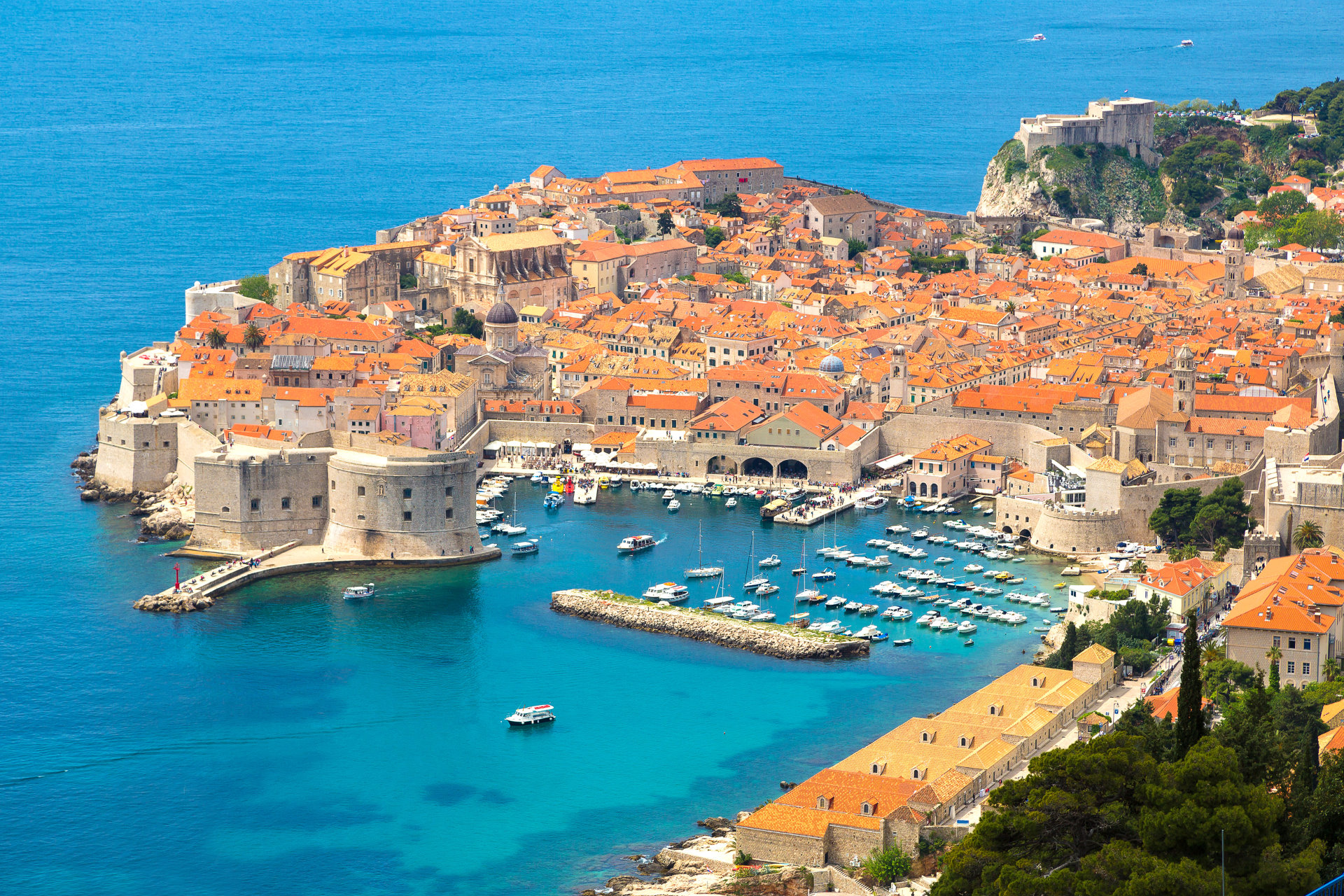 When you think it is over with seeing beauties under UNESCO protection, than you see Mostar with its beautiful Old Bridge. Before our departure to Sarajevo we will have walking tour through beautiful Mostar.

Due to a long history of religious and cultural diversity, Sarajevo is often referred to as the “Jerusalem of Europe” or “Jerusalem of the Balkans.” It is one of only a few major European cities to have a mosque, Catholic church, Orthodox church and a synagogue all within the same neighborhood. It is a city where East meets West and it surely has a lot to offer. 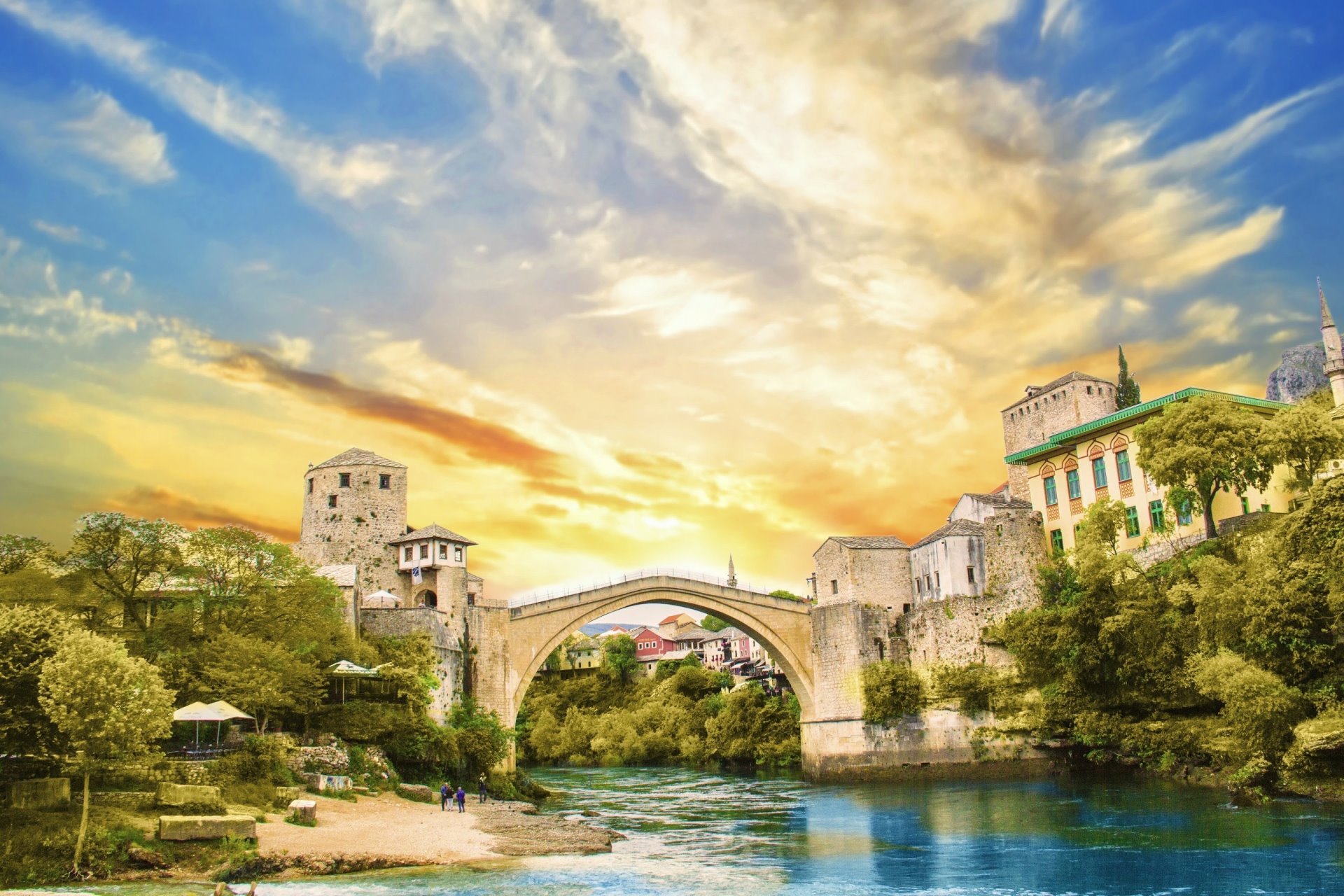 Sarajevo meeting of Culture – pass through the street where East meets West. This is the spot where the two dominant cultures that shaped life in Sarajevo merge. If you go West from this place, you will come face to face with Austro-Hungarian architecture, and if you decide to go East, you can enjoy the architecture that the Ottoman Empire left behind. (10 min)
Gazi Husrev-beg Mosque – surely the most representative monument left behind by the Ottoman Empire in Sarajevo. This site takes us back to the 16th century. This is the biggest Mosque in Bosnia and Hercegovina. We will enter the yard and talk about its history, entering the Mosque is optional. (20 min)
Old Sarajevo Clock Tower – another famous landmark of Sarajevo. The Sarajevo clock tower shows lunar time, which makes it unique to the whole world. The Sarajevo clock tower dates back to the 17th century and is the tallest in the country. (5 min)
Morica han (a Caravan-Saraj) – this is a well-preserved hotel that was built during the Ottoman Empire. Today Morica Han has been turned into a small bazaar and has a unique ambiance worth visiting. (10 min)
Bascarsija (or Pigeon Square with Sebilj) – see an Ottoman-styled fountain in the middle of Bascarsija square. Surrounded by narrow streets, small shops and restaurants that serve traditional food (burek – meat pie, cevapi – type of kebab), this site will give you the feeling that the Ottoman empire never left Sarajevo. (15 min)
Sarajevo City Hall – a very special building from the end of the19th century. It is Sarajevo’s largest and most representative building of the Austro-Hungarian period and has also served as the National Library. This building houses cultural exhibitions and has a turbulent history. (10 min)
Latin bridge – this is the site of the assassination of the Archduke Franz Ferdinand of Austria by Gavrilo Princip in 1914, which became casus belli of World War I. (10 min) Eternal flame – a memorial to both the military and civilian victims of World War II in Sarajevo, Bosnia and Herzegovina. (10 min)
Sacred Heart Cathedral – the last monument to be seen ion the tour. It is the biggest Catholic Cathedral in Sarajevo and you will be able to enjoy it inside and out before returning back to our original starting point. (10 min)
Going back to where we started - Sarajevo meeting of Culture

DAY 5: The Best of North Monte

While you have already learned a lot about the history of Montenegro thus far, it is now time for you to discover the truly unique Northern parts of the country. This part of our journey is designed for all nature and adventure lovers and for you to meet all the places that make Montenegro wild and wonderful. Beginning with a walk inside the heart of Durmitor National Park where you will marvel at the beauty of Black Lake, followed by a visit to the deepest canyon in Europe & Tara river bridge and greatest pilgrimage place on Balkans – Ostrog Monastery. An overall memorable travel experience you’re sure to enjoy. To end the day we will stop in Budva, Montenegrin “Queen of Tourism”. Budva is a magnificent combination of ancient and modern times and, while close to Kotor, offers something very different to the rest of Boka Bay. 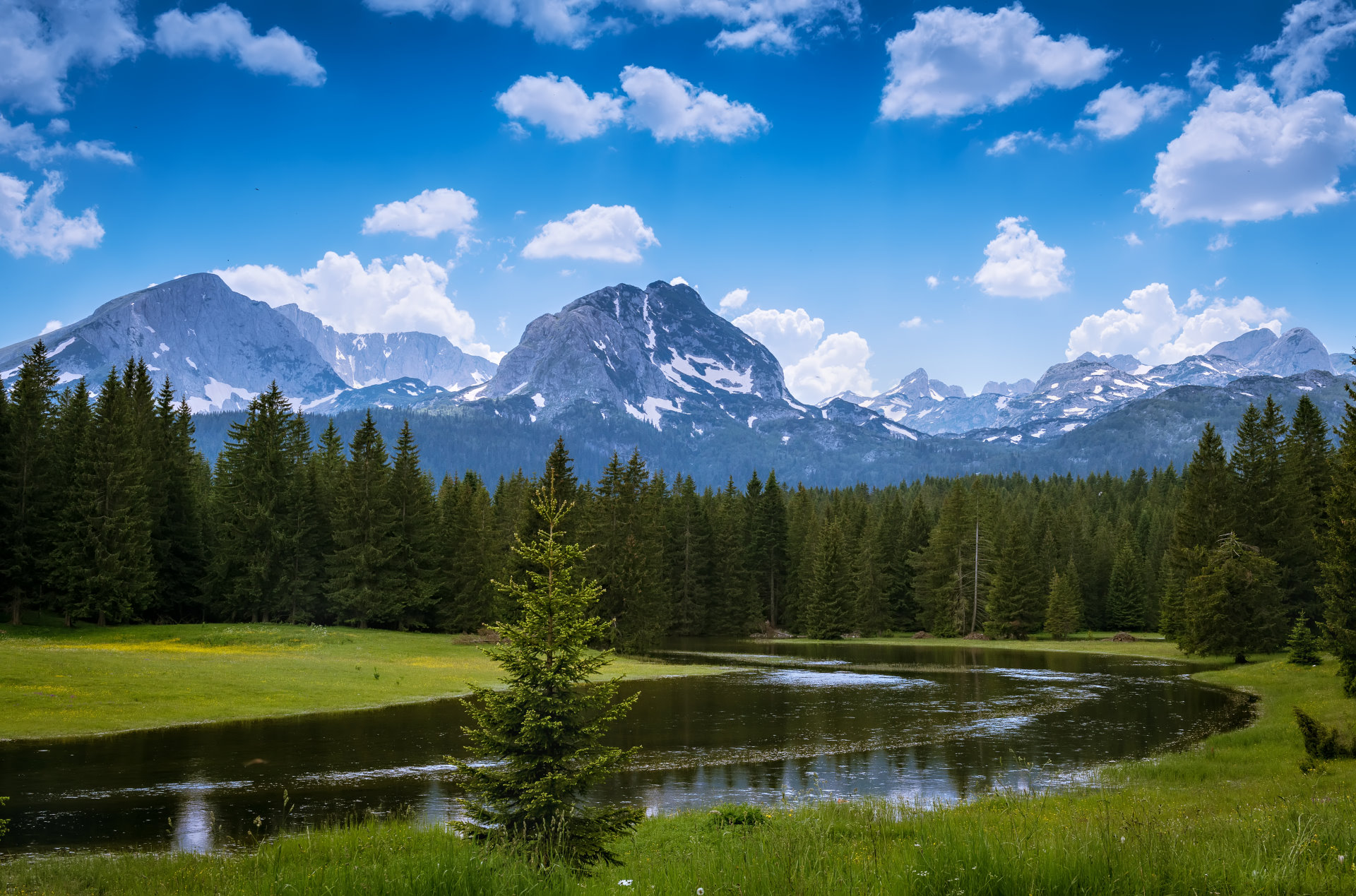 Boka Bay may not have the long beaches that the Budva Riviera is famous for, but it is an incredible place to go swimming. Our specially designed cruise boat will help you enjoy all the incredible things Boka Bay has to offer to the fullest. Sit back and relax and enjoy a day of pure luxury on board while you absorb the unique landscapes of Boka Bay. 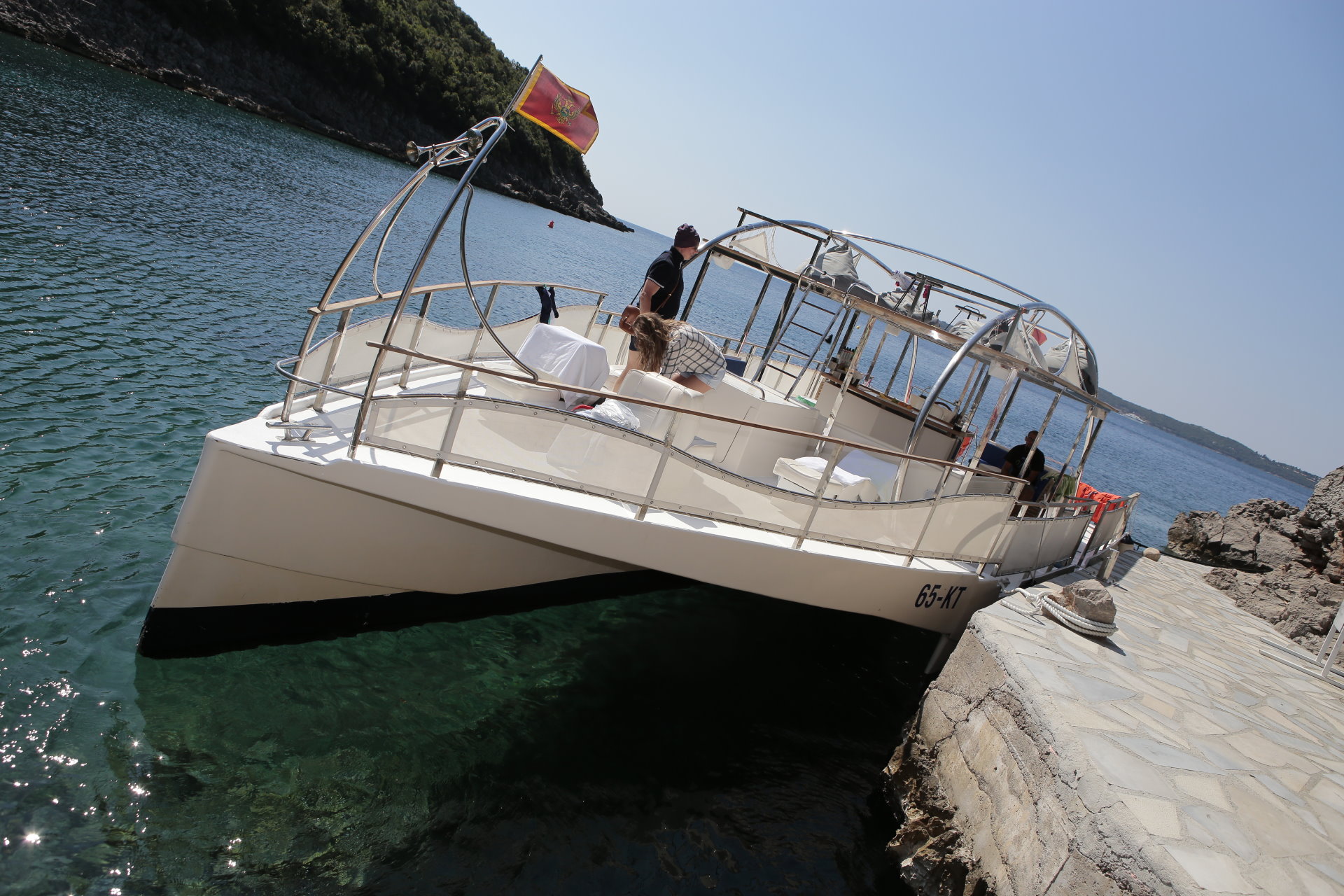 DURATION: up to 8 hours
INCLUDED: transportation by boat, professional tour guide in English language, entrance fee to Our Lady of the Rocks museum, fruits, welcoming champagne and shots, food
NOT INCLUDED: other drinks and souvenirs
WHAT TO BRING: swimming costume, towel, sun cream, sunglasses, hat, appropriate clothing for the church HIGHLIGHTS: ride along the bay, Perast town promenade, swimming in the Blue Cave, going around island Mamula, tunnels of Yugoslavian army, Island Our Lady of the Rocks with church and museum, swimming in the middle of the bay, ride back with the view of Stoliv, Prčanj and Muo

DAY 7: Kotor and transfer out

This is your farewell to Montenegrin life. Relax and enjoy your time in Kotor before you catch your transfers out. We recommend taking a walk-up St. John’s Fortress if you haven’t yet had the chance where you can get yet another incredible view of the bay overlooking the Old Town of Kotor. 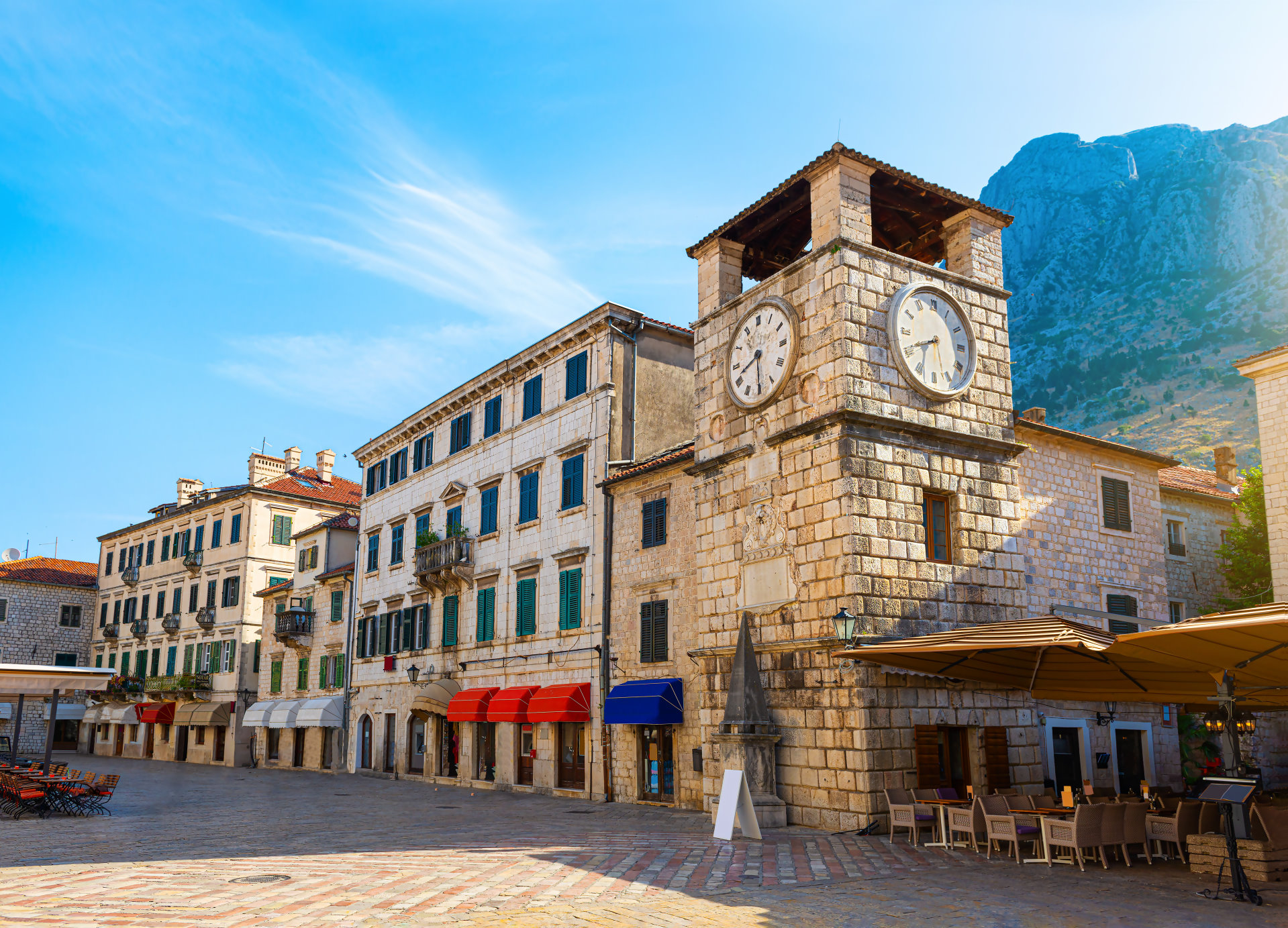 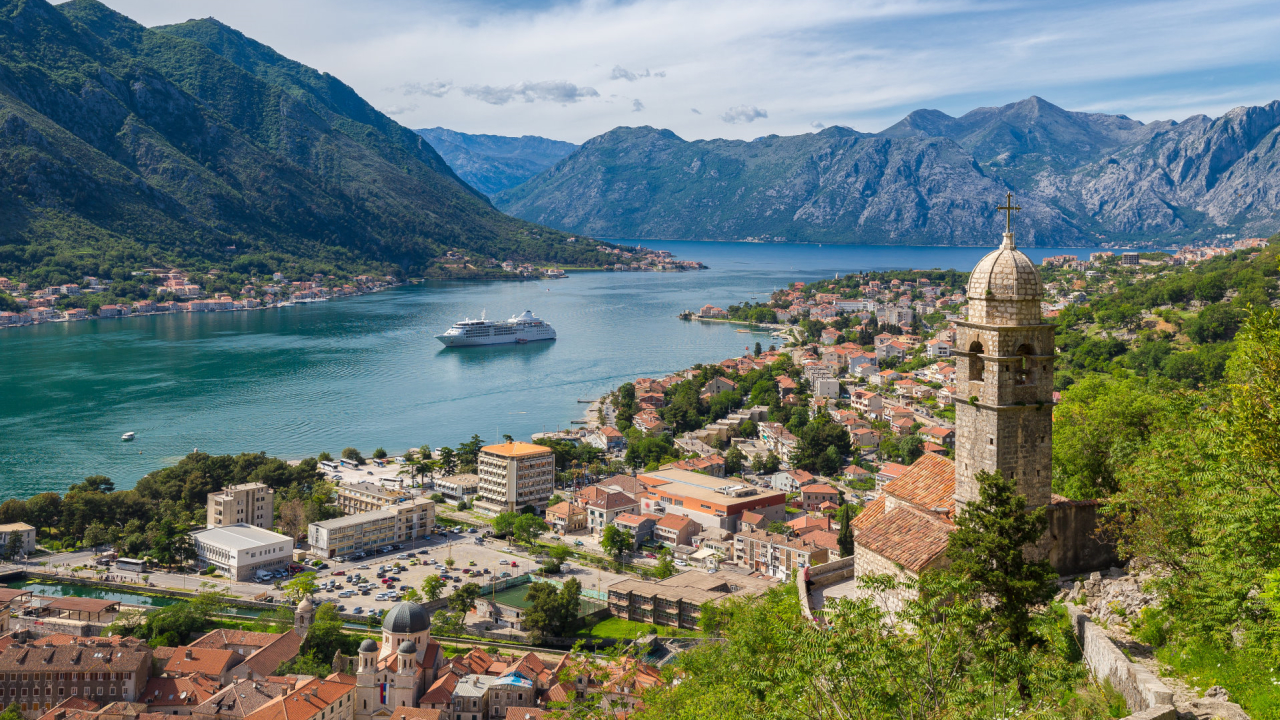 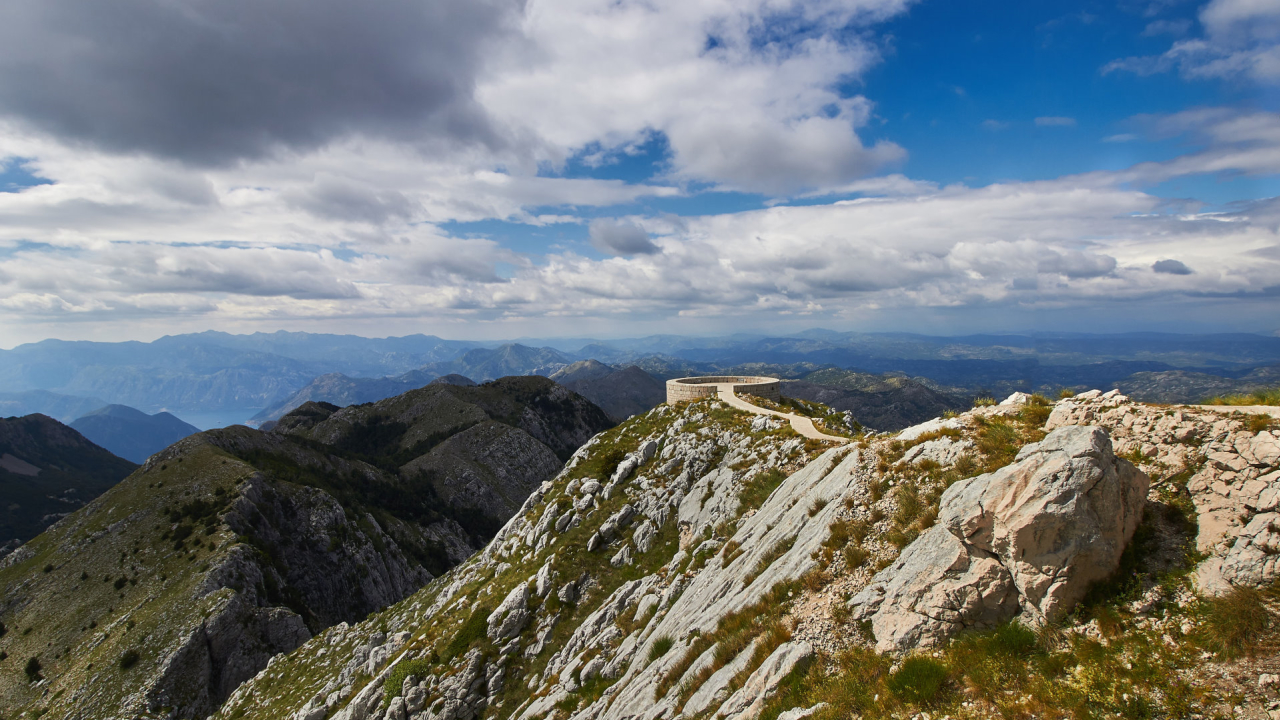 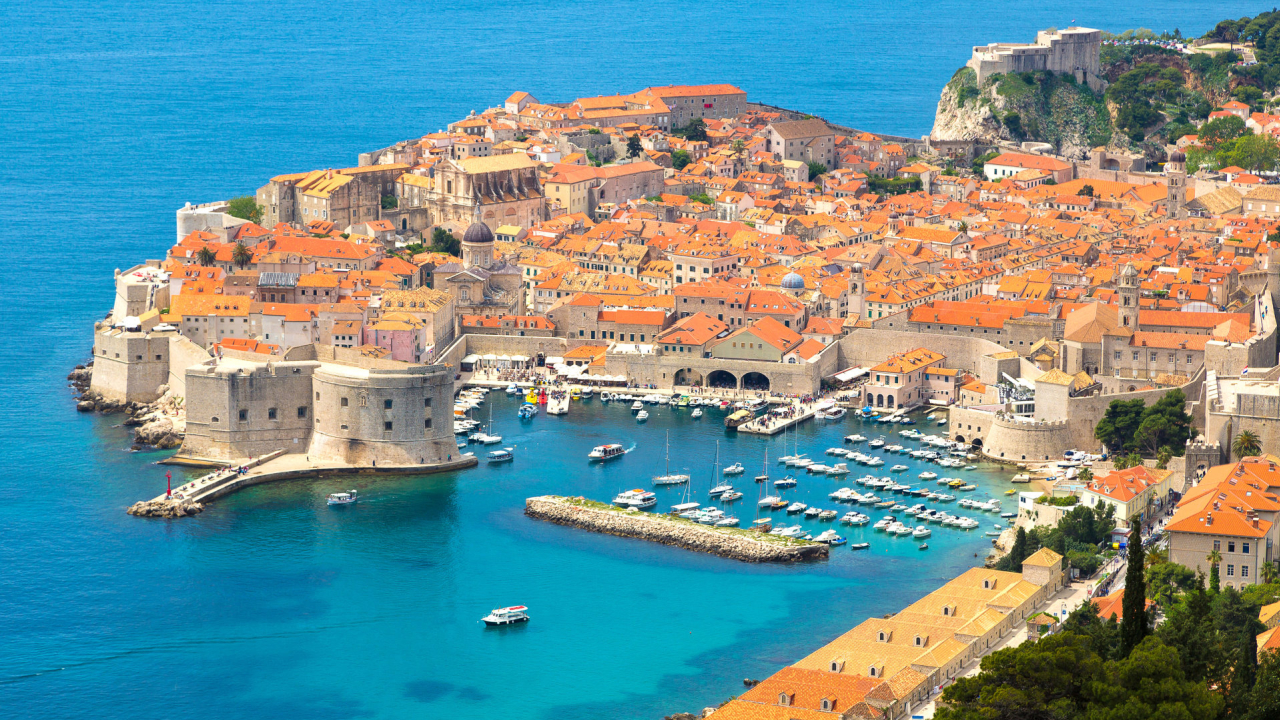 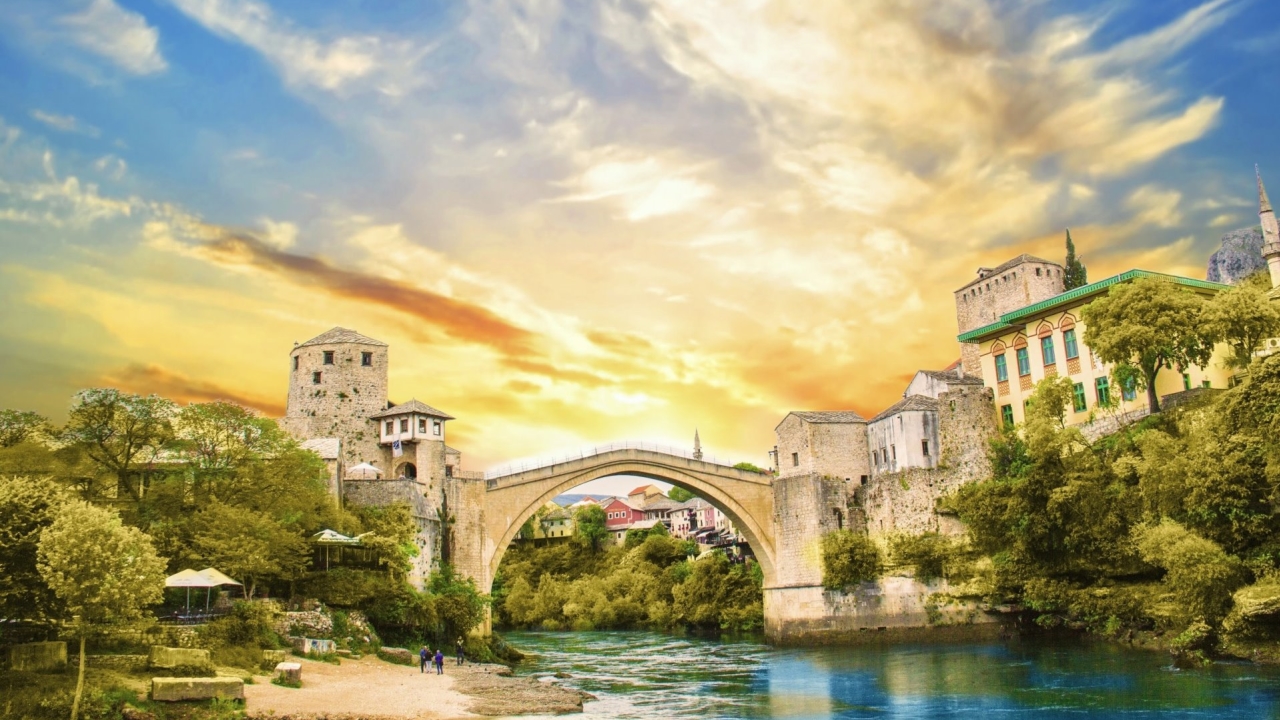 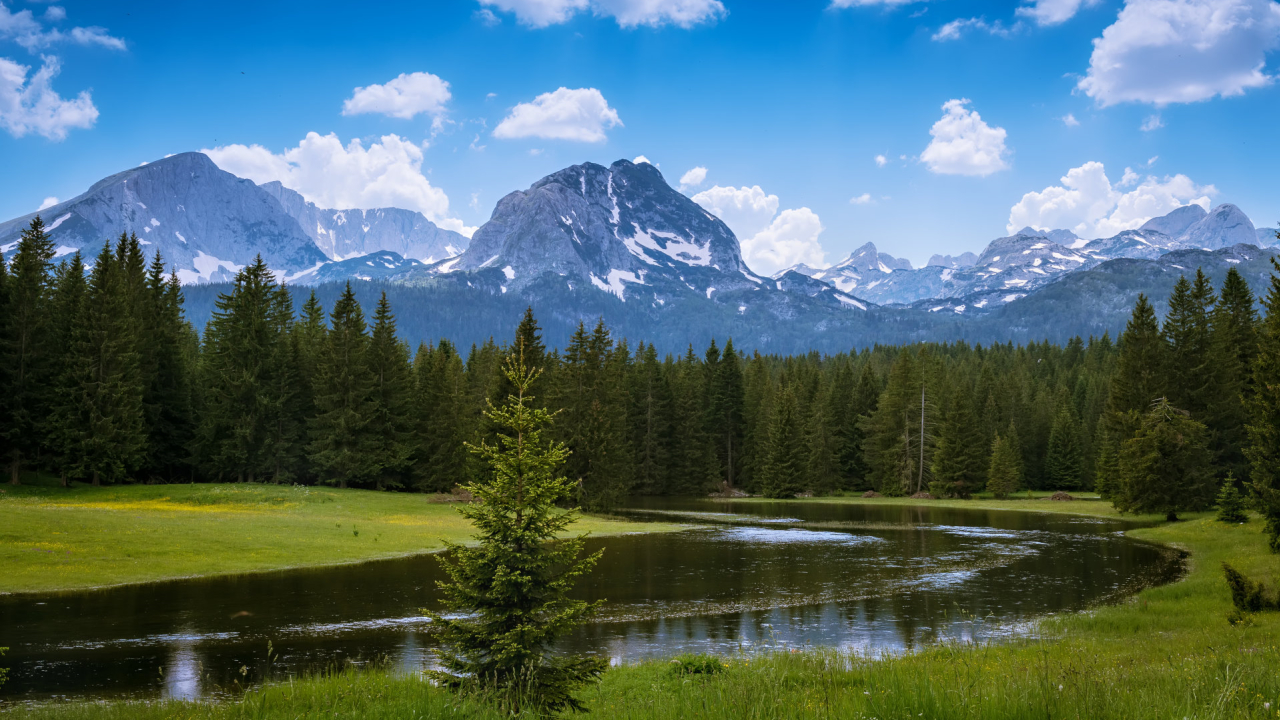 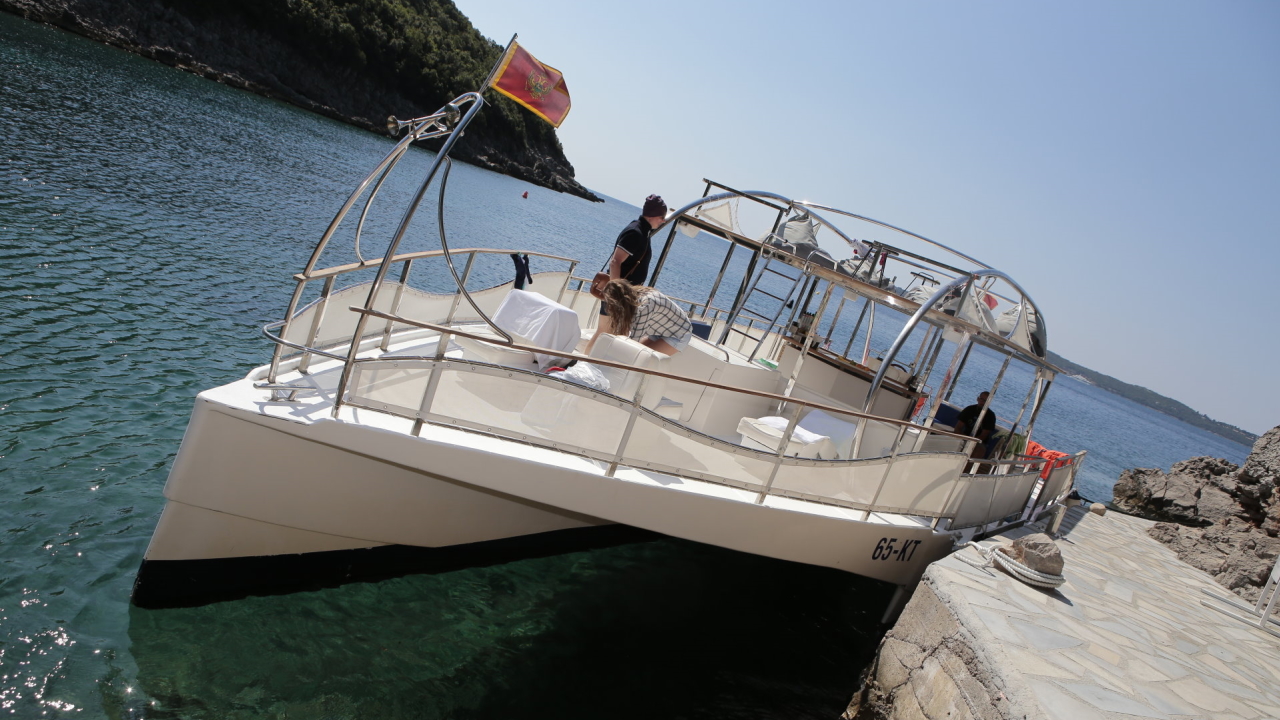 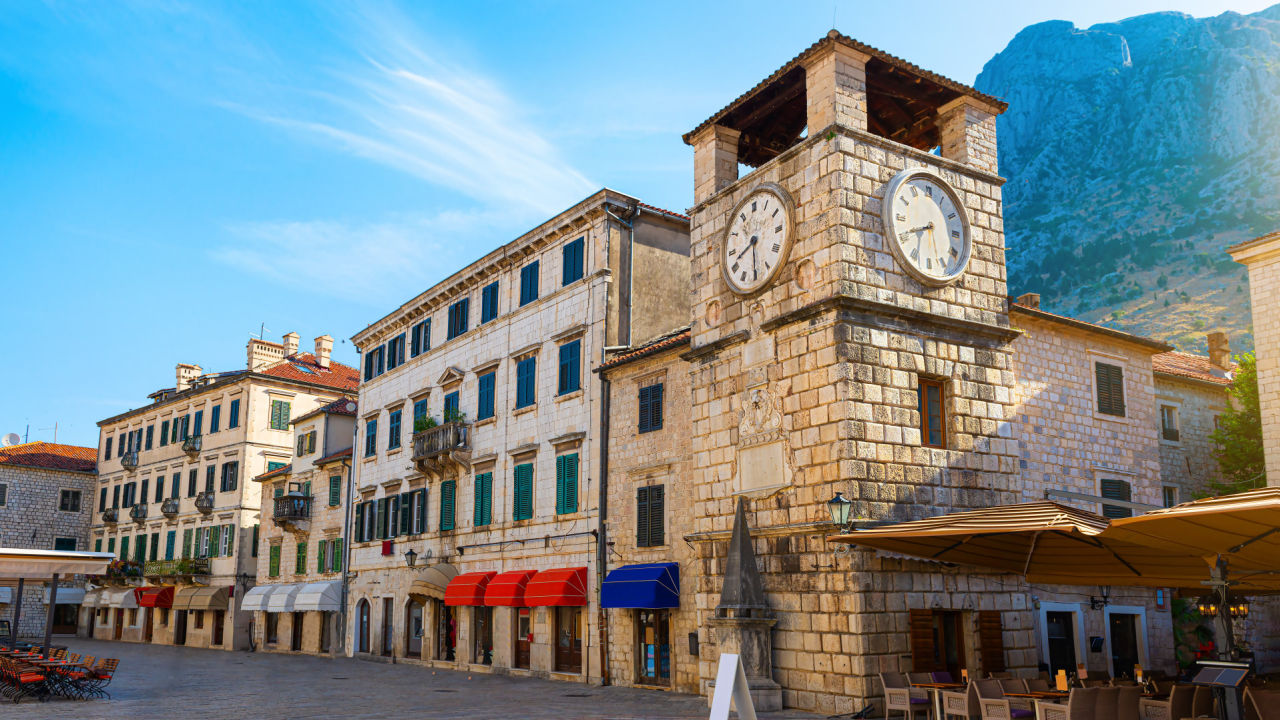 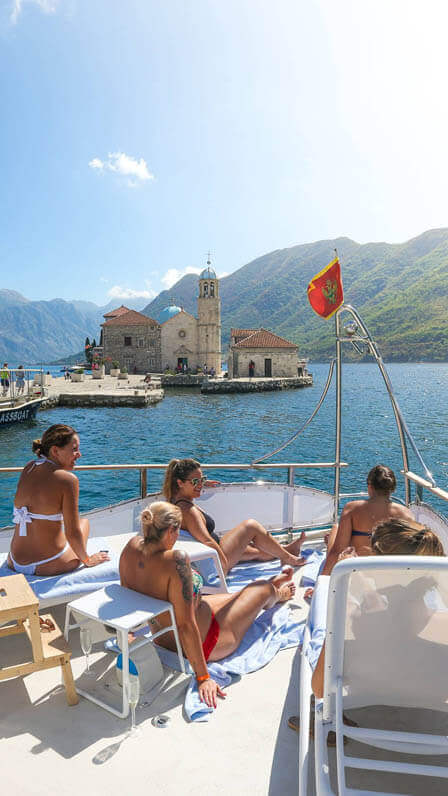 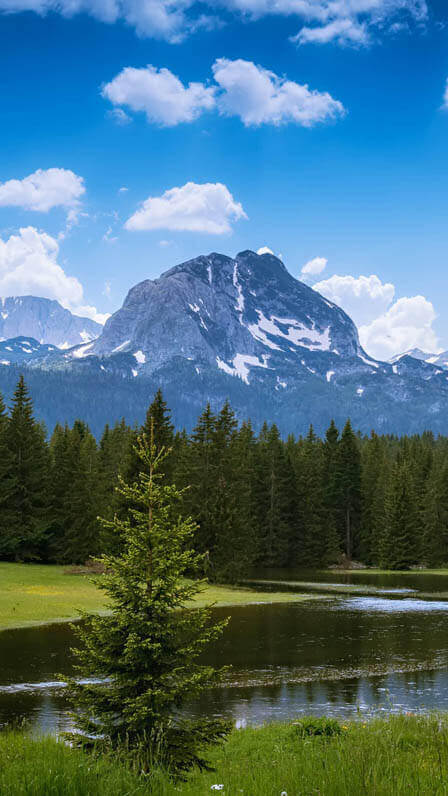 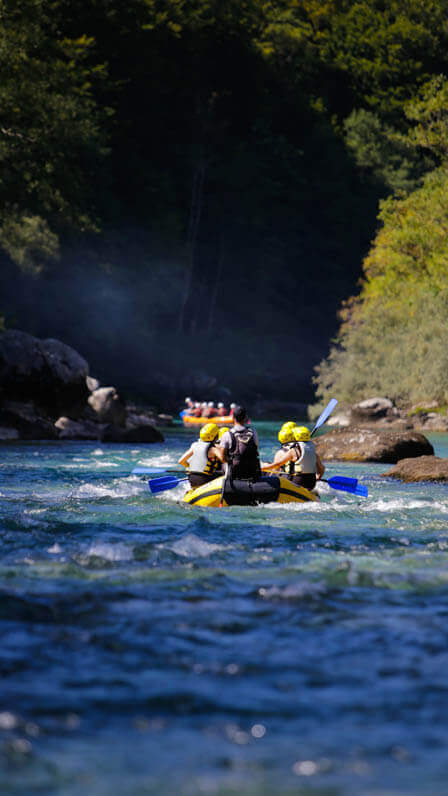 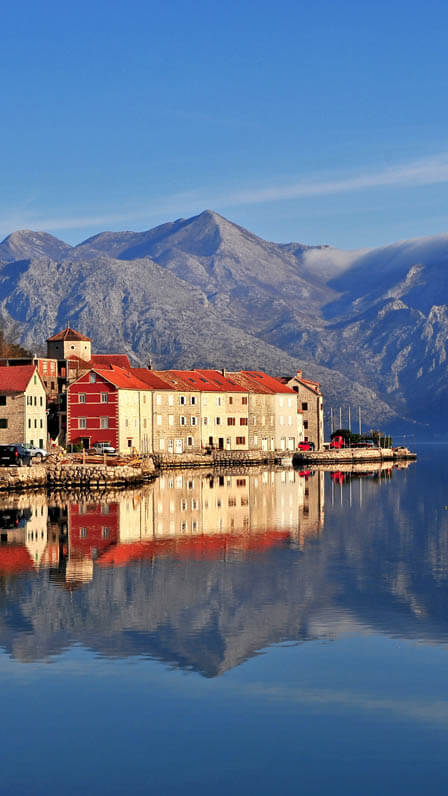